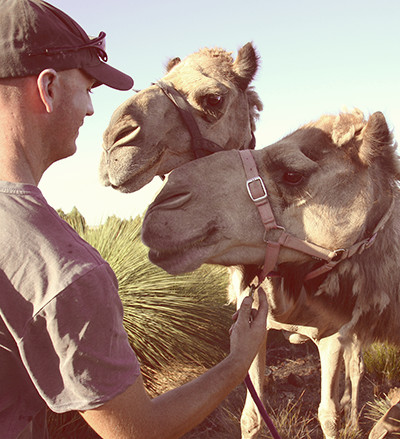 Good Earth Dairy is a proud pioneer in Australia’s agricultural industry. The journey began when co-founder and cameleer, Stephen Geppert, recognised our sunburnt country was rich in a major natural resource that’s historically been ignored and wasted. You guessed it! Camel milk.

Camels were originally introduced to this great southern land almost 180 years ago in a bid to help open up the Aussie Outback. Today, Australia is home to the largest wild camel population in the world. Our isolation has ensured it’s also the healthiest herd on the planet, one that provides a superior milk that’s been hailed as a superfood.

Prior to Stephen’s epiphany, the vast numbers of camels fending for themselves led the government to declare these majestic creatures pests and implement culling programs.

Thankfully, Stephen was tenacious enough to come up with proof of his camel milk concept and share the results of rigorous trials with agricultural industry trailblazer Henry Steingiesser and former West Australian Minister for Agriculture, the late Kim Chance. 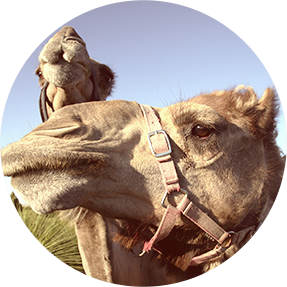 In 2015, Good Earth Dairy, WA’s first commercial camel milk dairy, opened for business. The original dairy sits on about 800 hectares of land in Dandaragan, a two-hour drive north of Perth. 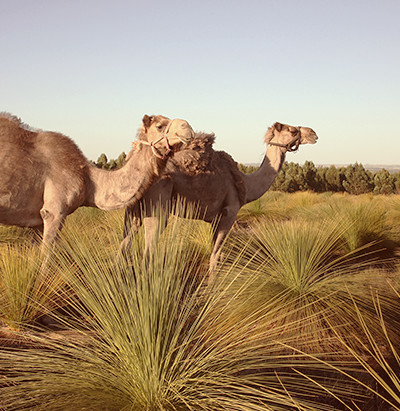 A new Australian industry means a whole new workforce and Good Earth Dairy plans to keep their products made in Australia, by Australians and for Aussies and the rest of the world to enjoy.

Camel milk is better milk, plain and simple, pasteurized, bottled and delivered by us to your local with the utmost care. We aim for camel milk to be a staple in Australian households.

The team at Good Earth Dairy are endeavouring to provide extensive research into the positive health benefits camel milk possesses.

Right now there is promising research going into the effect of camel milk on children with Autism and type-1 Diabetes. Good Earth Dairy has the perfect platform to help cement these facts and we will begin working with universities and various institutions to improve the world’s knowledge about the benefits of camel milk. 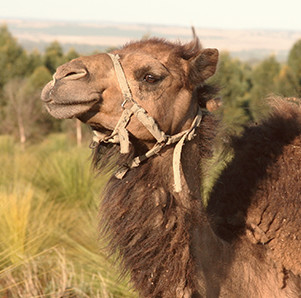 “What drives research into animal production is where there is a viable industry. So if it looks like camel dairying is going to become one of the emerging industries in our state, then the research dollars will flow. And I think it will be a cycle that feeds on itself.” Senior Lecturer on Production Animal Medicine at Murdoch University Dr Michael Laurence

The folks at Good Earth Dairy believe in what they do and they believe in their product and are excited to share this with the rest of the world.

What makes us unique?

We’ve developed novel capabilities (IP) to commoditise what is a typically expensive product to produce, with a unique capability to efficiently scale.

Western Australia provides the best climate for the healthiest camel herd in the world.

Led by a highly experienced team and Board, including the original marketing director of Peters and Brownes, Max Tarling. Max oversaw the growth of one of Western Australia’s biggest milk and ice cream companies onto the national and international stages.

Former Western Australian Agriculture Minister, the late Kim Chance, was one of the first people to join the Good Earth Dairy herd on its mission to make fresh, Australian camel milk a household staple.

The Australian farmer and politician served as a Labor Party member of the Legislative Council of Western Australia from 1992 to 2009, representing Agricultural Region. He served as a minister in the governments of former Premiers Geoff Gallop and Alan Carpenter between 2001 and 2008.

We are forever grateful to Kim for his vision, passion and commitment.

Stephen has 5 years experience as a camel handler and trainer. He has been an integral part in bringing the company from the research and development stage to a full-scale commercial operation. He also developed the company’s Dairy Food Safety Plan which approved by the Western Australian Health Department. He is an experienced camel trainer who once rode two camels across five of Australia’s deserts and the Nullarbor Plain. He now takes care of and trains all of the camels on our farm.

Marcel, a Chemical Engineer with an executive MBA (distinction) from AGSM, has been instrumental in obtaining the capital investment required to establish Good Earth Dairy. Over 14 years in the mining industry, he has accumulated an extensive professional career in operations management, business improvement, business analysis, risk engineering and process engineering. Marcel is HACCP trained and has been the acting CEO since March 2016.

Max led the growth of Peters & Brownes, one of the largest milk and ice cream companies in Western Australia. He held the position of General Manager for Operations & Marketing, followed by Sales Director within the firm.
Best in class experience in the global food trade with strong relationships across many large supermarket chains in Australia and Asia.

Over 40 years in Government through to Deputy Director General level in the resources and economic portfolios including timber and agriculture, with particular focus on project development, investment and trade. Appointed to Agent General for Western Australia and based in London 2005-2008 covering UK, Europe, the near east and Russia. Retired from the Public Sector in 2008 to head up the government relations and marketing portfolios of a private sector conglomerate in mining, power generation, property and agriculture. Awarded Order of Australia in 2012 for services to the public sector in Western Australia and for work on forging trade and investment links between Australia, the U.K. and Europe. Deputy Chairman of the Mid West Ports Authority and a Graduate Member of the Australian Institute of Company Directors.